Skip to content
Angry Birds creator Peter Veserbacka lashed out during the south by south-west interactive conference in Austin last weekend announcing that mobile games are the way to the future and 50$ games are on their way to join the dinosaurs. 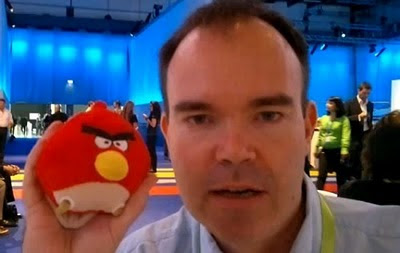 While this might sound like an overstatement, let’s take a brief look at the state of the game industry today; almost all major companies have established social development branches to develop their own IPs on facebook, many companies are making millions off selling iphone products, console game title release rates are significantly lower and just two weeks ago Bioware released a facebook version of their smash hit title Dragon Age – a hardcore game of it’s own right – simultaneously with their console release (first time for such a major title).


It’s obvious that casual gaming is on the rise, but will it take over the world?


In order to analyse the matter correctly, it’s important to understand why people are shifting towards casual games at all and what’s so cool about casual games anyway:


Like never before, technology has allowed better graphics, enhanced network player interaction and wide variety of gaming techniques. The gimmick of touch screen that was once innovated by the Nintendo DS is now available on most phone brands; enabling same level of playability and innovative controls to be right there in your pocket.
In today’s competitive environment, maintaining a job and being constantly in the move is the life style of many. Most people spend most of their day on the go only returning home to sleep; these individuals demand a type of entertainment that can be obtained through short intervals of time and can be disrupted at any time. Players want 5-10 gaming sessions in which they can turn off the game almost immediately without losing progress. Typical casual games shouldn’t require much time to learn and pick up.
With today’s unstable economy, 50$ is a considerable sum of money, especially for individuals who have more responsibilities and would rather spend that amount on necessities rather than entertainment needs. Casual games offer prices that range between 0.99$ to 4.99$ tops while others offer play-for-free-pay-for-item methods, a cheap alternative is now available.
Many of older gamers started playing games along with industry beginnings, and as they completed different titles, games started to evolve to offer players more challenges and things they haven’t seen before. It got to a point that games got too complicated and had too much prerequisites that it’s no longer accessible to new comers. 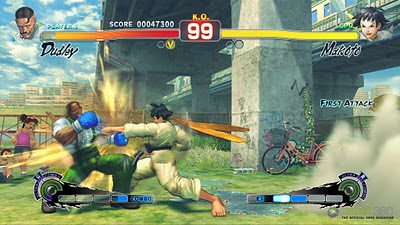 Super Street Fighter 4 is a very successful fighting game, but not exactly noob friendly
For example, it would take players a relatively long learning curve in SSF4 for them to be able to battle players that have been playing the series for 10-15 years. Casual games, offer simplistic game design techniques that make them instantly accessible to everyone introducing a whole new generation and age group to gaming in general.

Chart demonstrating new comers to social games and their gaming history
On average, it takes almost 30 seconds to set up a game on your smart phone or portable gaming device to start playing directly. Obviously it takes more time to set up a game on a PC and even after that is accomplished the player is forced to be knowledgeable of technical issues – such as video card compatibility and memory – to know for sure that they can run the game or not. Current Gen consoles, expect the player to install some features and take perhaps longer time than their predecessors to run and play a game.
Social games especially excels in offering communication for the player and his/her friends. Sharing game achievements and experiences is vital to succeed in today’s competitive social networks, games provide those features with a click of a button. 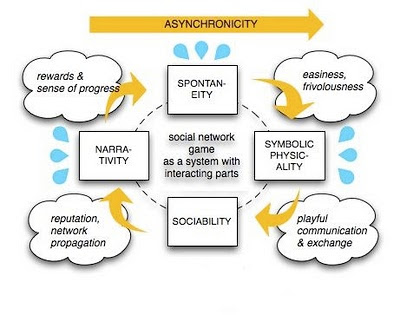 A graph demonstrating how social games work
Social games thrive on building the right combinations of emotions in players; provoking – and rewarding – them for sharing information and playing with their friends.
Console games require one year to develop at the very minimum, some games even take five in extreme cases; during that time the studio’s running cost is only covered by previous successes; in the case of start ups the development house is basically gambling: the product under development usually makes or breaks the company. Casual games on the other hand takes around 2 weeks to a month to develop. Developers can view the success and failures of their products and work immediately on solutions and patches. in general shorter development spans are much more effective in figuring out company direction and failures cost intensely less.
Social media is the thing now; it’s strength has been demonstrated on a wide range of marketing campaigns to world changing political events. It’s safe to say that social mediums are now the means to market any given product. Console games are using it as we speak, which strengthens the position of casual games since the social networks are their basic habitat. Currently most successful casual games are games built specifically for social networks.
After the GameBoy’s massive success back in the 1990’s a new realization was well known. Portable gaming has a massive appeal, target audience and is definitely the way of the future. Today’s casual gaming is closely tied with portability, proving the success of Nintendo’s winning formula.

Angry birds has 100 million downloads with over 80% of users keeping the game installed on their devices. there are almost 200 million minutes played a day on a global scale. Such numbers clearly indicate a massive success. But how much does this success influence other sectors of the gaming industry? and how long will it last?

2 thoughts on “What’s so cool about casual games anyway?”