Mortal Kombat has never been a bloodless series, to say the least, but Warner Bros.’ appeal on behalf of the gory fighting game won’t get it a release in Australia.

The game’s publisher appealed Australia’s Classification Review Board to ask it to reconsider its decision to deny classification for Mortal Kombat, but was rejected — WBIE says it’s “obviously extremely disappointed.” 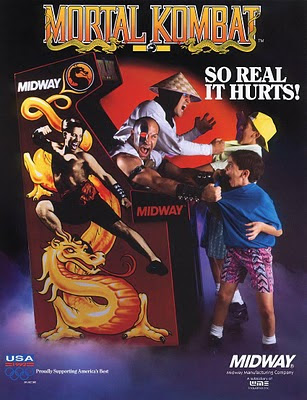 As Australia lacks an R18+, or 18-and-over rating for games, those that would fall into that category are unable to be released in the region. Many adult-oriented video games have lost their shot at an Aussie release as a result, and appeals generally fail.

Mortal Kombat is only the most recent in a long history of game developers fighting against censorship; my argument is how come the film industry gets a more appropriate rating system that enables films with explicit violence, gore and sexual content. I’m a strong believer in games being a valid artistic medium of expression and entertainment; such restriction over publishing games only takes that idea further away. 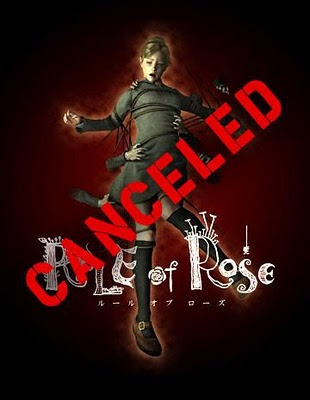 Again, why the special treatment towards games?


is it because games are for kids? and it would corrupt future generations by exposing them to adult themes? That is ridiculous, for a lot of reasons:

to summarize I have one word to respond to anyone who is an advocate of video game censorship: Freedom of speech. 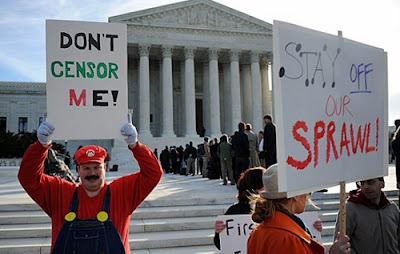 It’s a constitutional right, as long as the consumer is in the appropriate age group, he/she has the right to purchase whatever material they view suitable. Period.
It’s about time review boards world wide come to an agreement and create a world standard that would make rating much easier for everyone and guarantees their constitutional rights. 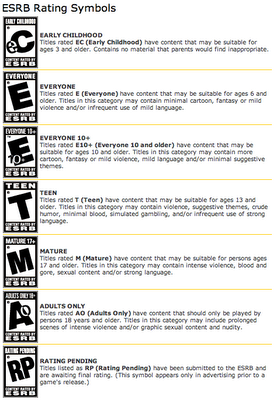 The Entertainment Software Rating Board (ESRB) is the most well known, it is a self-regulatory organization that assigns age and content ratings, enforces industry-adopted advertising guidelines, and ensures responsible online privacy principles for computer and video games and other entertainment software in Canada and the United States. The problem with the rating system is simple: there isn’t one, but many!


Fact is that many countries still haven’t put on regulations of their own, making room for speculation and moral debate; laws are needed to be put down and enforced without taking people’s right of expression and selection of content.


It is the 21st century; the word ‘Ban’ shouldn’t exist any more; well, maybe just for internet trolls.