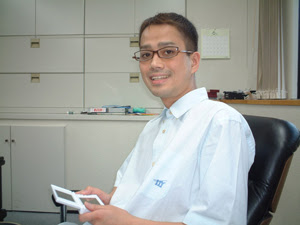 There’s a rumor on Twitter so persistent that it’s caused “Satoshi Tajiri,” the creator of the game Pokemon (pictured), to become a Twitter Trend over the assertion that he, as well as “Hello Kitty” character creator Yuko Yamaguchi died.
Both Satoshi Tajiri and Yuko Yamaguchi are still alive.
In the case of Mr. Tajiri, the Pokemon creator was, in part, the focus of a Nintendo Twitter Tweet reading:

NintendoAmerica Nintendo of America Thanks for your concern! During the earthquake no one at Nintendo in Japan was injured and there was no apparent structural damage. 17 hours ago

Satoshi Tajiri,45 years old live in Machida, Tokyo. Satoshi Tajiri fainted while seeing the destruction done by the Tsunami but he is not dead.

In the case of Ms. Yamaguchi, there’s no evidence or reports of her death in the Japan Earthquake or the Tsunami.
For reasons that add up to insensitive mischief, Twitter has been a cosistent source for rumors of the death of celebrities, and in the wake of the fifth largest earthquake in history, someone elected to play on fears and launch tweets that have turned out to be a hoax.